I’ve talked a lot in this blog about the differences between boats and cars — how they’re built and serviced differently, and how their wiring and other replacement parts are not the same.

There are also critical differences between marine inboards and car engines, so before you let someone tell you that a crate engine from an automaker might be a great bargain and solution for your repowering project, read on.

In a boat engine, water that exits the engine at the thermostat housing is diverted to the exhaust manifolds or headers, and eventually enters the exhaust stream after the tailpipes bend downward and out toward the transom exhaust outlets.That matters because it affects cam choice in a high-performance marine engine. If you have a lot of valve-lift overlap with a centerline incompatible with marine applications, the engine can actually draw spent cooling water back into the cylinders, which can lead to all sorts of problems, corrosion and hydraulic lock being the worst of them. 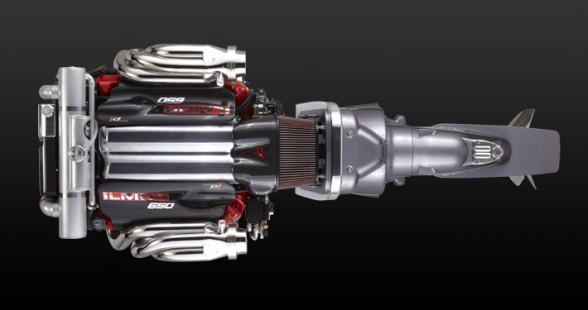 Photo: Ilmor’s MV10 engine is based on the powerplant of the Dodge Viper, but has been completely reengineered for harsh marine use. Photo courtesy of Ilmor.

Also, because of the tremendous loads on a marine engine, they must be built differently. Marine engine builders are quick to point out that there are key differences in building a marine engine, including valve-seat design and width, valve materials, fuel delivery, engine operating temperatures, and internal clearances. Drag-boat engines aside, a marine engine, for all its similarities to a car engine, has completely different parameters.

“We in the marine industry, who are good at the marine end of things, are the first to admit that we don’t know how to build a car motor, can’t build a drag-race motor, outside of the technical ability, wouldn’t know quite where to start at building a Grand National motor — but we’re real good at high-performance and bulletproof marine motors,” said Bob Teague of Teague Custom Marine in Valencia, Calif. “I would say that the general consensus of those who are really good at building marine endurance motors is that car guys can’t build boat motors. What they think is normal is not when it comes to a boat.”

Ilmor Marine, an engineering company in Plymouth, Mich., has successfully “marinized” the aluminum V-10 lifted from the Dodge Viper. Ilmor engineers were able to divorce themselves from their automotive mentality to create an engine that withstands the duty cycle of a high-performance boat. So exactly what is the marine duty cycle like? Put it this way: Getting a 4-ton boat to go fast on water is roughly akin to towing a fully loaded 24-foot gooseneck trailer up a 10-mile-long, 6-percent grade in a truck with a V-6 engine. Add in 6-foot speed bumps and you get a pretty decent simulation of offshore conditions.

Ian Hawkins of Ilmor Marine explains: “You get into a boat, you warm it up, you go through a no-wake zone, and you get into open water and you put the stick to the stops and away you go,” he said. “In a car, you think, even in drag races, you hold the pedal to the floor for 15 seconds. That’s it. We’ve had people with our engines that do the poker run from Miami to Key West, and they’ve said it was like 25 minutes, never lifted. So, the duty cycle on those engines is phenomenal.”

The other thing is, in a car, or automobile of any sort, the temperatures are stabilized. Most marine engines take their cooling water straight out of the medium they’re running in. Consequently, the engines are running quite a bit colder than a car engine. If you’re running in the ocean and you get seawater above 180 degrees, it starts desalinating and you end up with a block full of salt and all the steam pockets. They tend to run these engines a lot colder, so the cylinder clearances have to compensate for that, and so do all the other clearances. You look at a normal car engine and it’s probably running a water temperature of 220. There’s no way you can do that in a boat.

Ilmor’s V-10s are closed cooled, which means they use a heat exchanger to maintain engine coolant temperatures. More and more, MerCruiser and Mercury Racing engines, which dominate the race- and pleasure-boat market, are becoming closed-cooled. It not only improves driveability, but also gives the manufacturers a greater measure of control over engine parameters. If temperatures spike or oil pressure plummets, the engine controller can limit engine output so a boater can limp home rather than be stranded.

So for buyers who might tempted by the theoretical cost savings of an automotive crate engine, think again. It’s important to recognize the differences between car and boat applications. Once you understand the differences, you can separate the good deals from the bad. 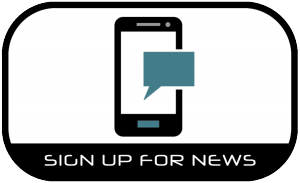